Ask a man if,
After being beaten down,
He’d be beaten down again for what he’s learned.
Ask him if he’s once turned his back on glory,
On the rightest thing,
Or had it turn on him to be drowned:
An eventual unfettering in chains—
But an ignorance then
Wisdom unfound would one day
Weave ten freedoms around.
Ask him if he’s astounded at being so grounded
While languishing in the lashing sea,
The same tumult that capsized him,
Kept him treading hungrily,
Caught him clinging to dusk’s dirty coat-sail
And with an eyeful of rage with which to see
That he has been guilty,
For the lesson of becoming better and sage;
And, though honestly tossed, no soil in sight,
Already surefooted upon the shore
To which he’s an-age-been-flailing.
Sailing or swimming or thrashing for breath,
Teeth-gnashingly all the same:
He is lost to the gales of life unto death
And what would prove him rails against his name.
Let honor lay beach where dishonor dug,
May hope tame the squall and lengthen his reach;
Though fate might call up the tsunami to teach
And so test with every question,
Let him be fearless of his every answer—
Even on the suggestion
He shouldn’t be. 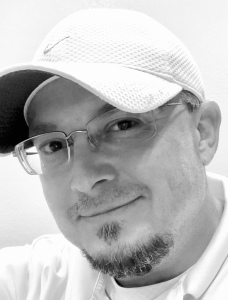